Hopalong Cassidy is a fictional cowboy hero created in 1904 by the author Clarence E. Mulford. The character as played by movie actor William Boyd from 1935 in films adapted from Mulford's books was transformed into a clean-cut, sarsaparilla-drinking hero. 66 popular films were produced between 1935 and 1948. As portrayed on the screen, white-haired Bill "Hopalong" Cassidy was usually clad strikingly in black (including his hat, an exception to the Western film stereotype that only villains wore black hats).

He was reserved and well-spoken, with a sense of fair play. He was often called upon to intercede when dishonest characters took advantage of honest citizens. "Hoppy" and his white horse, Topper, usually traveled through the West with two companions: one young and trouble-prone, with a weakness for damsels in distress, and the other older, comically awkward and outspoken.

The films were followed by 52 original television episodes for NBC between 1950 and 1955 which set a high bar for the myriad of Western TV shows that followed. Yet, it was the merchandise business that set records in virtually every category that solidified the Hopalong Cassidy brand as one of the most successful Hollywood enterprises of all time. 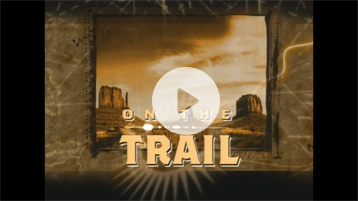